Prime Minister Scott Morrison’s journey to the Group of Seven (G7) summit in England has started bleakly after his RAAF jet was forced to divert to an air base west of London due to heavy fog in Cornwall, where the event is being held.

The event is the first G7 in-person summit since the start of the coronavirus pandemic, and the roll-out of vaccines around the world will top the agenda, with Mr Morrison announcing that Australia will pledge at least 20 million doses to developing countries.

Australia is not part of the G7, but will be a guest as part of the “G7 Plus”, which will include invitees South Africa, India and South Korea.

The Prime Minister’s plane was due to land at Cornwall Airport in Newquay around 9am local time on Friday, but instead landed at RAF Brize Norton near Oxford, nearly five hours from the seaside town of Carbis Bay, where the summit of the world leaders takes place.

German Chancellor Angela Merkel’s Airbus A319 was also delayed, briefly circling Newquay airport before landing shortly after 11:30 am local time, while other world leaders’ flights were able to land without incident on Friday morning.

US President Joe Biden had avoided the fog by flying into the UK on Wednesday evening and traveling to Cornwall on Thursday morning to meet British Prime Minister Boris Johnson.

After arriving in the UK, Mr Morrison announced that Australia will provide at least 20 million doses of COVID-19 vaccines to developing countries, following commitments from G7 leaders to collectively donate more than 1 billion doses.

On Thursday, Mr. Biden announced that the US plans to buy and donate 500 million doses of the Pfizer/BioNTech vaccine to nearly 100 countries, while Mr. Johnson said Britain will receive more than 100 million doses from the coming weeks. million excess doses. .

The European Union and Japan have also made important commitments.

Mr Morrison said Australia’s commitment would consist of locally made and already contracted vaccines, and would include a mix of Oxford/AstraZeneca, Pfizer and Moderna vaccines.

“Australia will do its part, as we have already done, by delivering some 20 million doses as part of that effort here at the G7 Plus in Cornwall,” he said.

“This is in addition to our very recent $100 million pledge to support the COVAX initiative, in partnership with Prime Minister of Japan, Yoshi Suga, and I commend him for his great leadership in that initiative.

Questions about the coronavirus answered 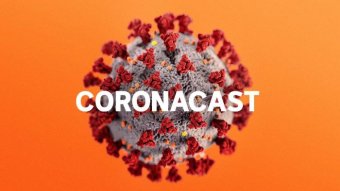 This is ABC’s Coronacast podcast breaking down the latest news and research to understand how the world is going through an epidemic.

“Of course, this is in addition to the important work we are already doing in our region, supporting our Pacific family, in East Timor and throughout Southeast Asia.

“These 20 million doses will be used to support doses in our region, to ensure we continue to live up to our responsibility as part of a wider global responsibility to fight this virus.”

Morrison will meet with leaders, including Mr Biden, on the sidelines of the three-day summit before heading to London for talks with the British Prime Minister, Mr Johnson and other senior ministers.

Mr Morrison is also expected to visit the Queen at Windsor Castle early next week before flying to Paris to meet French President Emmanuel Macron.

What you need to know about the coronavirus:

Teenage girl hospitalised after being hit by flying rock, as scared residents say they are starting to ‘lose it’

France: We’re ‘by your side’ on China