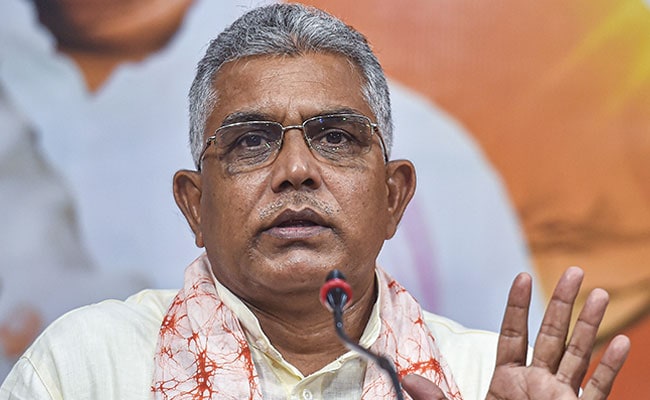 The BJP’s West Bengal unit on Thursday countered the attack of the Trinamool Congress on the Pegasus snooping scandal alleging that Mamata Banerjee government has been using the same Israeli spyware to monitor her political opponents, journalists, government officials and even her own party leaders and ministers.

Offering no proof or details to back the claim, the BJP’s state president Dillip Ghosh said that his party, which has been under attack by at the national level, does not believe in the culture of phone tapping.

The Trinamool rubbished the charge saying that only the authorities of a country can use the services of the company that sells Pegasus.

Claiming that Trinamool leaders keep contact among themselves through WhatsApp, where the conversation is encrypted, Mr Ghosh said, “They (Trinamool) don’t make normal phone calls or share SMSs as they know that everything is being tapped.”

The BJP doesn’t believe in the culture of phone tapping and it is the culture of the Congress, where Mamata Banerjee began her political innings, he said.

Reacting to Mr Ghosh’s startling claim, senior Trinamool leader and minister Sobhandeb Chatterjee said everyone knows that only a country can use the services of the Israeli company “even if clandestinely”.

“Dilip-babu is known for wild claims. His comments on phone tapping has no basis,” he told PTI.

“But he should remember that peddling such lies will only harm the spirit of truth and principle in politics. It violates the religion of politics,” Mr Chatterjee added.

A global media consortium has recently reported that over 300 verified mobile phone numbers, including of two central ministers, over 40 journalists, three opposition leaders besides scores of business persons and activists in India, could have been targeted for hacking using the Israeli spyware Pegasus, which is usually supplied to government agencies.

West Bengal probes Pegasus: what are the powers of a Commission of Inquiry?