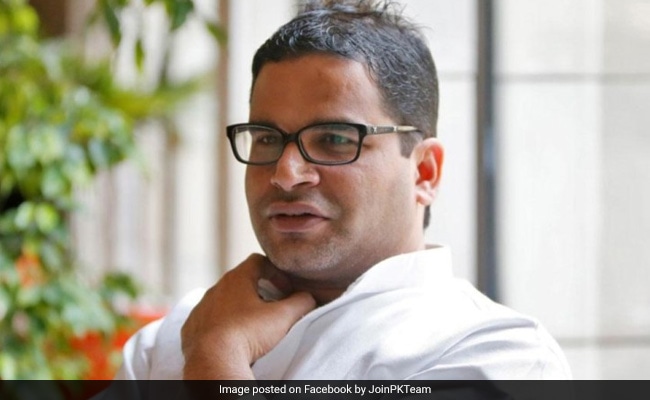 Prashant Kishor had said after the recent poll results that he wanted to “quit this space” (File).

Poll strategist Prashant Kishor, armed with recent successes in Bengal and Tamil Nadu, met with Maharashtra politician Sharad Pawar for lunch in Mumbai. The four-hour meeting at the Nationalist Congress Party (NCP) chief’s home has fired buzz about his “Mission 2024” or the next national election.

Later in the evening, Prashant Kishor also called on actor Shah Rukh Khan at his home “Mannat”. Sources close to Mr Kishor described the meeting as a courtesy call and said they both have been friends for over three years and keep meeting regularly. Shah Rukh Khan was introduced to Prashant Kishor by Mamata Banerjee. Sources rubbished rumours about a political entry for Shah Rukh Khan and also said there is no question of the actor’s production house making a film on Mr Kishor.

Officially, it is a thanksgiving trip related to the Bengal and Tamil Nadu election. Sources close to Prashant Kishor say he will meet every leader who extended support to Mamata Banerjee and MK Stalin, the big winners of the recent state elections.

But there is strong speculation that the discussions have a larger context related to the 2024 election and talk of a joint opposition candidate to challenge Prime Minister Narendra Modi.

Mr Kishor had declared after the poll results that he was done and wanted to “quit this space”.

“I do not want to continue what I am doing. I have done enough. It is time for me to take a break and do something else in life. I want to quit this space,” Mr Kishor had told NDTV.

On whether he would rejoin politics after a brief and bitter stint with Bihar Chief Minister Nitish Kumar, he said: “I am a failed politician. I have to go back and see what I have to do.”

But many believe he could go for a political role; he had even hinted at his own party.

His client Mamata Banerjee, who won a third straight term in West Bengal after fighting off a difficult challenge from the BJP, was asked whether she saw herself as the opposition prime ministerial candidate. “I think all together, we can fight the battle for 2024. But let’s fight Covid first,” she had said soon after the verdict.

Anyone 18+ Can Walk In For CoWin Registration, Vaccination: Government